BPM exists in every company, even a smallest one. However, it is not always recognized or acknowledged as such. Because small companies significantly outnumber larger ones, BPM in small companies is most wide spread and demanded kind of BPM.

BPM projects in small companies have a small or even zero budgets. For this reason these projects are not viable for BPM vendors. These user cases will hardly shine as a bright report or a viable promotion. For this reason, BPM in small companies is poorly covered in reviews and research compared to large BPM projects. This creates a false impression about real spread and importance of SMB BPM practices.

In many cases BPM in small organization is even more efficient than in bigger companies. This appears due to its relative simplicity and smaller number of workers, as well as due to overall higher efficiency and flexibility of small business.

Of course, BPM in small organizations differs in its manifestations and tools from BPM in large companies.

Small companies rarely embark on cross-application automation and orchestration of processes. Maximum, some elementary automation is made in terms of customization of rules in dedicated business application, such as CRM. Further inter-process communication is done in a form of written or depicted instructions according to process mapping options listed above.

Of course, above BPM practices are far behind modern BPM achievements. Nevertheless, it does not justify neglecting them or diminishing their role in overall BPM landscape. We routinely work with such BPM implementations and transform these basic BPM assets into more formal and contemporary BPM models. 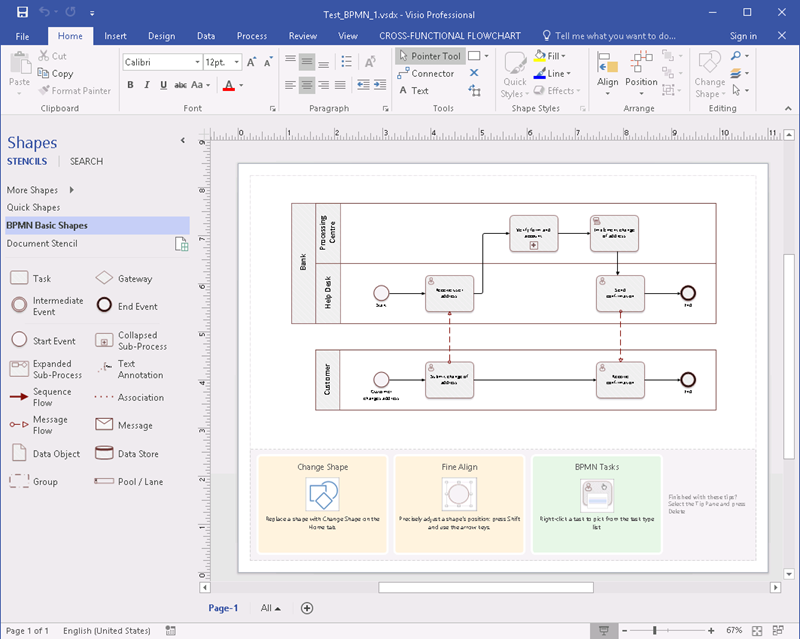